With so many talented bands based in the Highlands and Islands of Scotland we wanted where possible to involve as many as we could throughout the year as part of MONSTERFEST.

We will have two gigs in local venues. On Tuesday 10th November, the Tooth and Claw will host three local acts, followed by a gig on Wednesday 11th November at the Market Bar with three more local acts. Alkanes, This Machine, Thousand Mile Stare, Distance Between Us, Forgetting the Future and Fight the Raptor.

On Thursday the 12th November local acts Spoke Too Soon and Lucille will open for one of the hottest UK Rock acts at the moment. THOSE DAMN CROWS will headline the main opening night at the Ironworks which will set up the weekend for a great few days of the Rock festival. 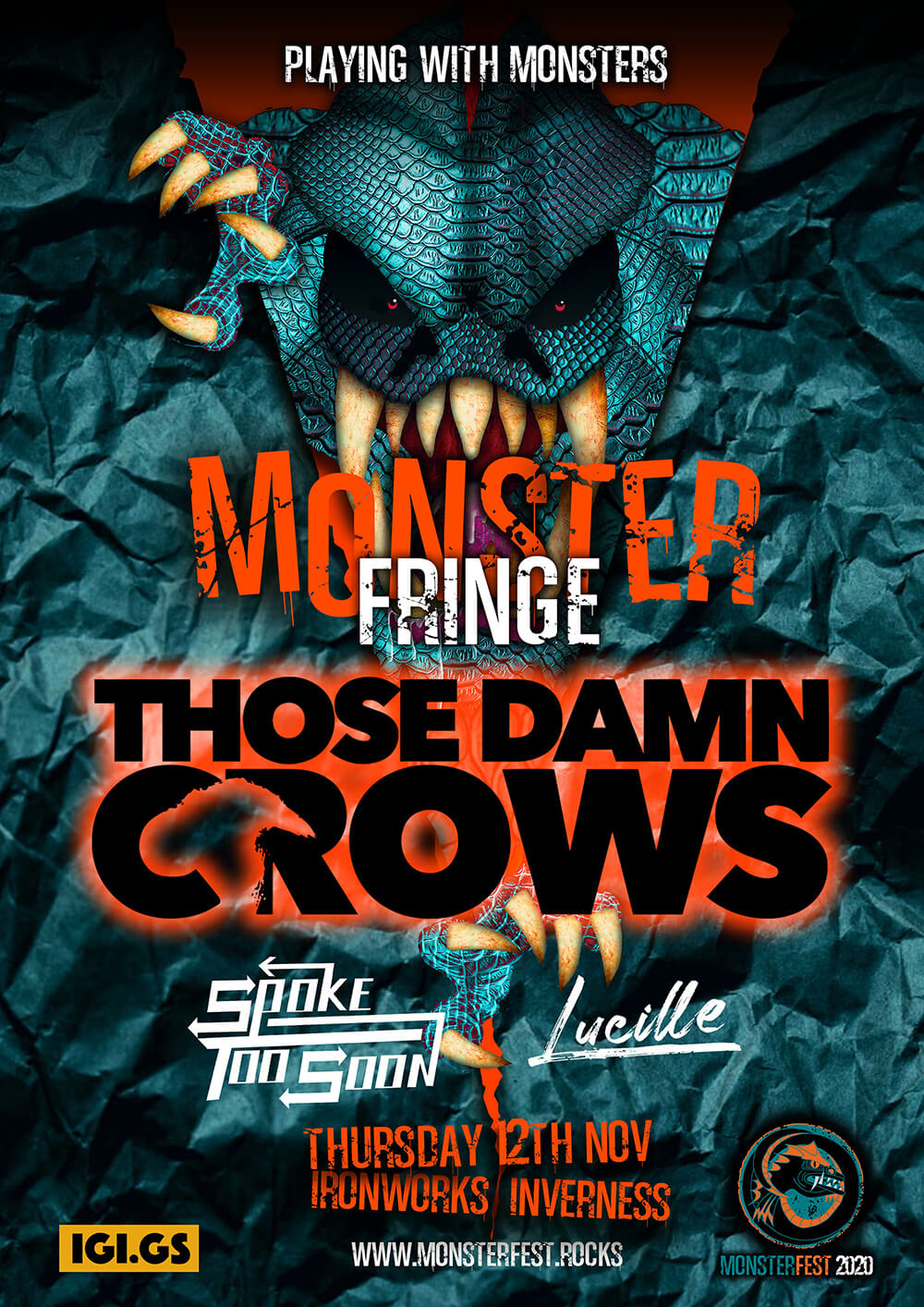 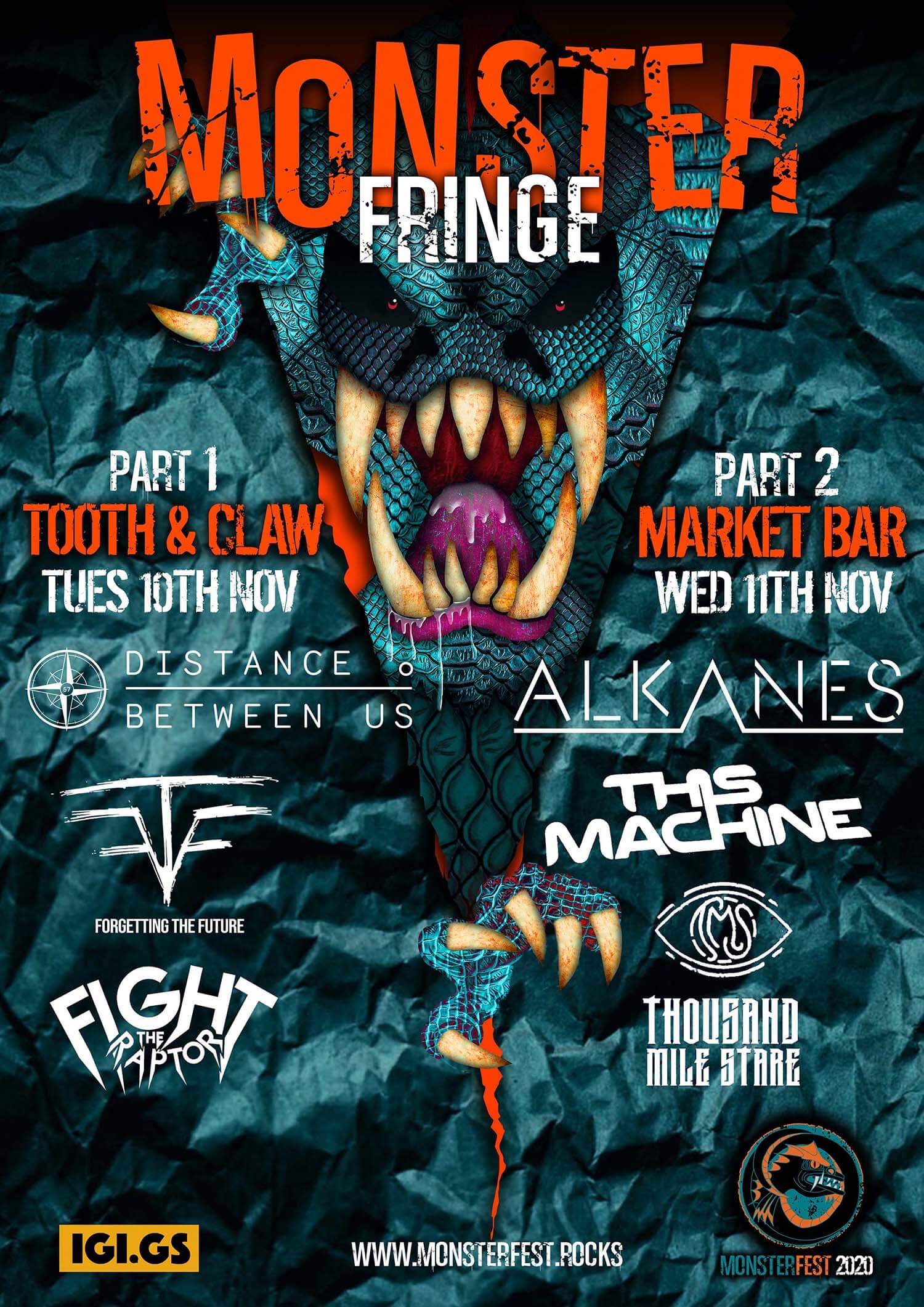